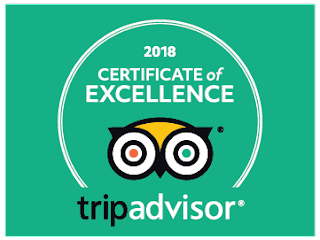 The award is a remarkable vote of confidence to our business and our continued commitment to excellence.” And of course this is an is an achievement for the entire team of Theranda hotel. We will absolutely frame now the certificate from Trip Advisor which will be displayed at our reception among other certificates.