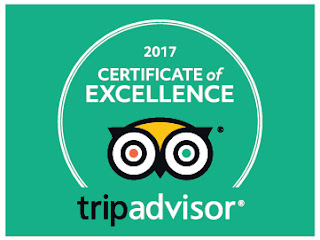 Hotel Theranda announces with great pleasure that it has received a TripAdvisor Certificate of Excellence 2017, reflecting the consistently great reviews that our hotel has earned on TripAdvisor. This is the fifth time that Theranda receives such recognition from Trip Advisor, the world's largest travel site. We are very happy for that and we will continue working toward making our customers happy.

We will display this at our reception among other certificates.

The Certificate of Excellence award provides top performing establishments around the world the recognition they deserve, based on feedback from those who matter most – their customers.

The prices that Hotel Theranda has received on platforms:

Hotel Theranda welcomed Albanian Skills, a nonprofit organization which organized “Albanian skills 2017”. The first part of completion had to do with Hotel & Restaurant Service Competition where young people were put on test in a scene with actors pretending to be clients. A jury of experts was supervising and evaluating the behavior of candidates.  Young people received certificates at the end of the training. 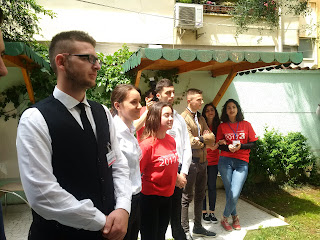 A talk with bloggers and social media communicators, as key actors on promoting the tourism in Albania was the second part of the agenda where bloggers met to share the passion and ideas on how to better promote Albania online.
The competitions on Hotel, Restaurant & Bar Service as organized at Theranda Hotel, one of the most popular hotels in Tirana and has been awarded by TripAdvisor as best service hotel for several years. 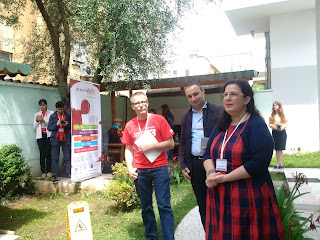 The objective of this initiative is  to promote skilled youngsters and expose them to the labour market, by matching the demand for job with skilled personnel.
Bloggers and travellers from all over the world are playing an important role to promote tourism, and Albania is part of this global trend with great potential bloggers who can be considered as a good angle for promoting skills in this field. 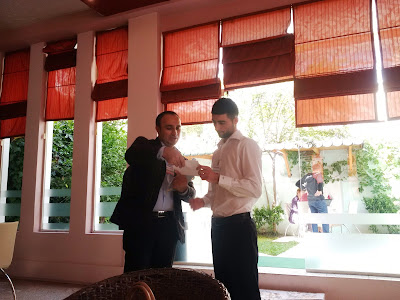 The Albanian Skills 2017 Event is moving to other locations to promote and  skills highly required in the market such as web development, photography etc 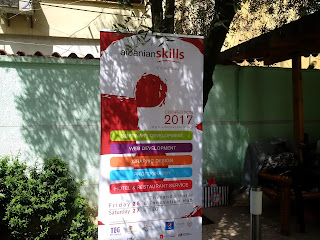 
Hotel Theranda is proud to announce the partnership with Albanian Skills for the “New Competitions In The Field Of Gastronomy”.
This completion is initiated by Albanian Skills in close collaboration with our hotel and Hotel Tourism School in Tirana. The contest “Restaurant and Hotel Service Competitions 2017” is now open. Two different competitions will run on 26 May 2017 at Hotel Theranda in Tirana. We highly encourage all young people between 18 and 25 years with an educational background or working experience in the field of gastronomy to apply for the competitions. Find out more and apply right here

Wishing good luck to the all young talents! 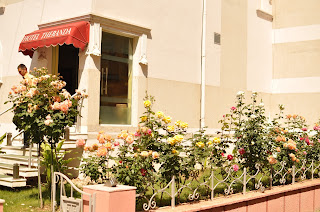 Posted by Silvia at 6:13 AM No comments:

Theranda hotel has the pleasure to share with you the good news of receiving Travelers' Choice® 2017, ranked on first place in both categories of winners.  This is the sixth consecutive year that Theranda is awarded for its exceptional service from the travelers at the World’s Largest Travel Site. Only the top-performing 10 per cent of businesses listed on TripAdvisor receive this prestigious award.
From the start Theranda hotel has kept a steady position in TripAdvisor being always in top 5 hotels in Tirana. Theranda has received several time in a row such recognition from Trip Advisor, the world's largest travel site.  Theranda hotel holds 2012 and 2013 Certificate of Excellence for best service Travelers’ Choice® awards for 2013, 2014, 2015 and 2016.


2017 Travelers’ Choice award for service provides top performing establishments around the world the recognition they deserve, based on feedback from those who matter most – their customers.

The prizes that Hotel Theranda has received on platforms:

7. Hotel Theranda is ranked on 5 place on TripAdvisor April 2016

Posted by Silvia at 3:34 AM No comments: