Tirana Albania – 21 January 2015 – Theranda hotel has the pleasure to share with you the good news of receiving Travelers' Choice® 2015 Service and Bargain Hotels, ranked on first place in both  categories of winners.  This is the third consecutive year that Theranda is awarded for its exceptional service from the travelers at the World’s Largest Travel Site. 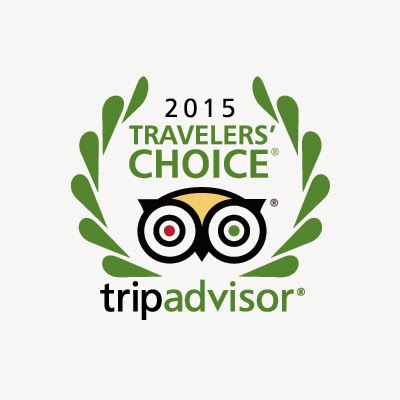 Only the top-performing 10 per cent of businesses listed on TripAdvisor receive this prestigious award.
“This is just a remarkable vote of confidence to our business and our continued commitment to excellence.  I would like to say a big thank you to our valued customers and our team members! All these awards and the high ranking mean higher responsibility to us. ”- said Theranda Hotel General Manager.
From the start Theranda hotel has kept a steady position in TripAdvisor being always in top 5 hotels in Tirana. This is the fifth time that Theranda receives such recognition from Trip Advisor, the world's largest travel site.  Theranda hotel holds 2012 and 2013 Certificate of Excellence for best service 2013 Travelers’ Choice® awards for 2013, 2014 and 2015.
2015 Travelers’ Choice award for service provides top performing establishments around the world the recognition they deserve, based on feedback from those who matter most – their customers.
In addition, Theranda hotel has also received 2015 Travelers’ Choice for bargain and is the top 1 in the list. It means that has the best ratio of service and price.